10 Activities to do for a Fun Trip in Kenyir

Kenyir Lake has been a hidden gem enjoyed by only those in the know, with its bountiful offerings in the form of outstanding wildlife refuge, sparkling waterfalls, and unique floating sojourns that promise undeniably fun time in the great outdoors. Come monsoon season, this manmade lake even becomes a fantastic fishing spot for avid anglers in the hunt for trophy fishes.

However, this nature lovers’ favourite sanctuary won’t remain a secret for long. Terengganu state government, through the Central Terengganu Development Authority (Ketengah), has launched Visit Kenyir Year 2021 or TMK2021, which highlights the diverse ecosystems of Kenyir Lake and its surroundings. Plenty of exciting events are scheduled to be held every month and a spanking new 150-room hotel along with a bigger duty free complex are set to open on Pulau Poh at the end of 2021. As such, the state government aims for this up-and-coming destination to draw one million tourists to the area this year.

WHAT TO DO IN KENYIR LAKE?

1. Staying in a Houseboat

To ensure a wholesome and enriching experience while being in Kenyir, we recommend travellers to stay on a houseboat for at least a night. There are plenty houseboat operators offering their service at affordable rates and most of them include activities around the lake. Imagine waking up to a serene, wondrous view of oxygen-rich rainforests and calm waters… That alone is an experience that can last lifetime!

Pokok Melunak or Melunak tree is a type from the pentace family. What’s so special with the one in Kenyir, you ask? Being 340 years old, it is said to be the biggest of its kind in Malaysia, with circumference equalling to more than 20 hugging adults combined!

Back in 2009, a prehistoric skeletal remains aged 16,000 years old was discovered in this cave, making Kenyir Lake featured in major headlines. The skeleton, called Bewah Man, was actually belonged to a teenage girl. There is a mini gallery near the entrance that guides travellers to learn more about the ground-breaking discovery before exploring it deeper.

Imagine making friends and frolicking in the water surrounded by hundreds of kelah (mahseer), deemed the king of river fish – sounds amazing, doesn’t it? Travellers can undergo such experience at this sanctuary, which also serves as a breeding and nursery ground for kelah.

One of the most interesting waterfalls in Kenyir is this one, recognisable for its suspension bridge that allows travellers to enjoy a bird’s eye view of the 150-metre waterfall as they cross!

6. Getting adrenaline fix at Saok Waterfall

Either simply relaxing on its flat, well-shaded ground or trying some extreme water sports near its steep rocks and boulders, this waterfall caters to all!

7. Learning about herbs at Herbal Park

Spanning over 15 hectares, this herbal park located in Sah Kecil Island has as many as 240 herb species, and you can savour three of them for free: Tongkat Ali, Kacip Fatimah, and Mahkota Dewa, all known for their natural stimulating properties!

Flower admirers, be enchanted to enter a garden full of vibrant blooms! Spread out across Hulu Selimbar Island, Hilir Selimbar Island, and Belit Island, this garden showcases myriad of orchid species, be it local, international or hybrid! Among the species are brassia maculata, vanda miss joaquim and Terengganu’s very own rarely-found orchid known as dendrobium roslii.

Opened in 2014, this place seeks to maintain a healthy elephant population and reduce human-elephant conflict. It is now a sanctuary for 18 native elephants that were rescued and brought here for reasons such as being orphaned, lost from their herd or caught by local villagers after raiding the crops and villages. Travellers can get the chance to get up close and personal with these gentle giants through bathing and feeding activities. 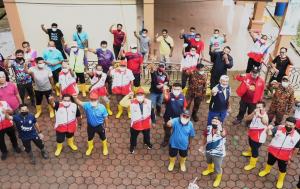 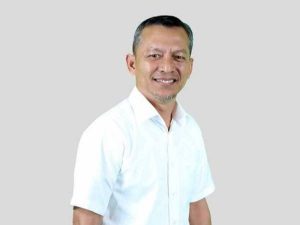 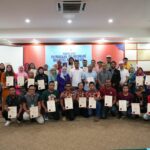 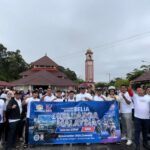 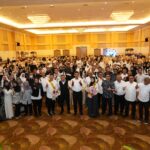 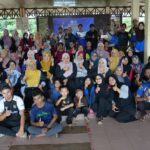